The women's Final saw Olympic Games Bronze Medallist Amuro Tsuzuki take on Sara Wakita in an exciting battle. Both surfers have been on fire all week at the Asia Open and scored excellent rides in the Final, but it was Wakita who came out on top.

"I knew I would have to surf my best because Amuro is sogjood," Wakita said. "This is my first every QS win, it feels so good! Thank you to my family and everyone here for supporting me, it has helped me so much. This win will give me confidence as I go away to compete on the Challenger Series." 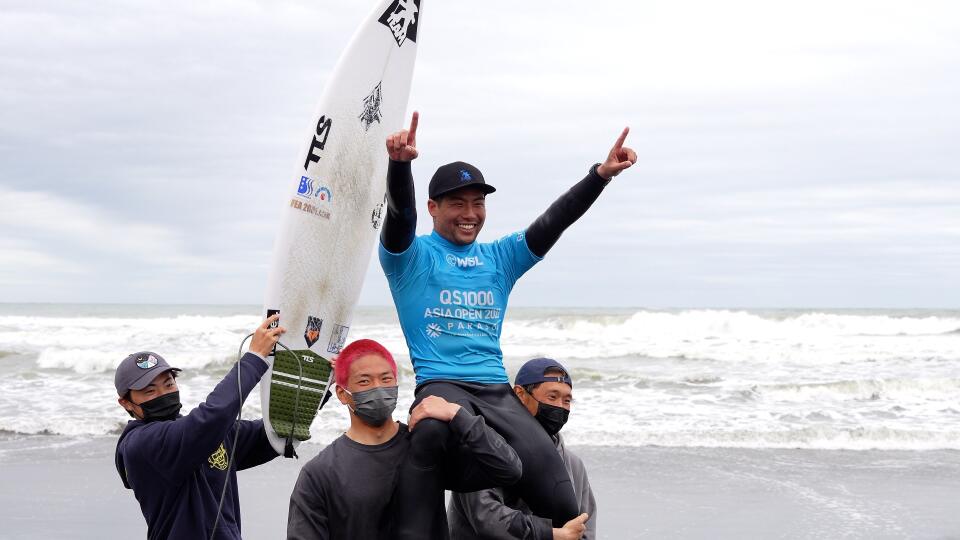 The men's division culminated with a battle between Goofy-footers Shun Murakami and Reo Inaba. Both surfers have posted dominant heat wins throughout the event, but in the Final Inaba was unstoppable, posting an 8.00 and a 5.50.

"This is my first WSL -- I cannot believe it!" Inaba said. "It feels great, this is a dream for me. I can't wait to get to the first Challenger Series event. It was a great week at the Asia Open to have us all competing again. Thanks so all involved."

This is the one and only event that will decide who from Japan qualifies for the all-important WSL Challenger Series.

The 2022 Asia Open presented by Parasol QS1,000 ran through Round of 64 of the men's division in clean and pristine 3 to 4 foot peaks at

Competition returns to Olympic Surfing venue Shida Point in Chiba with Pro Junior winners to be crowned on Tuesday, March 22.