Urbiztondo Beach has continued to deliver great conditions on Day 3 of the La Union International Pro as the Longboard division saw some incredible and close match ups to decide the Semifinalists. Competitors duelled it out in clean two foot surf for the Round of 16 and Quarterfinals. There was no QS 3,000 action today at La Union. The men's event saw super high scoring and close matchups across the board but it was Quarterfinal number three that was a standout with Indonesian competitor Deni Pirdaus (IDN) and Roger Casogay (PHL) both posting solid heat totals in a wave for wave exchange. Casogay was looking solid with a 15.20 two-wave total (out of a possible 20) but it wasn't enough as Pirdaus struck back with an excellent 8.25 single wave to post a heat total of 15.55 to claim the win and progress into the semifinals.

"That was such a great heat," Pirdaus said. "It was really close and we were both getting great waves and performing well so I feel like either of us could have won it. I'm really hopeful to qualify for the World Longboard Tour and I'm only two heat wins away from achieving that which is exciting. I'm feeling confident in my surfing and am excited for Finals Day." 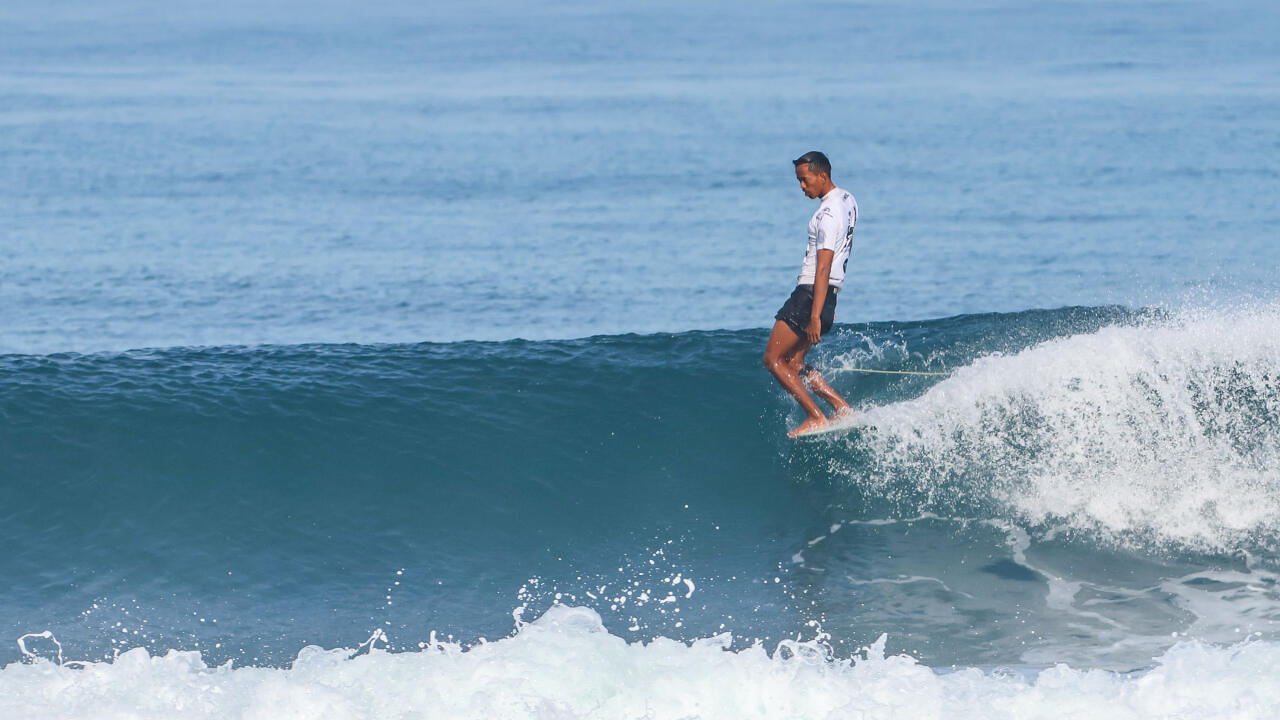 Taka Inoue (JPN) and Rogelio Jr Esquievel (PHL) were also standouts, each winning their Quarterfinal heats with near excellent scores and will now face off against each other in the Semifinals.

Hiroka Yoshikawa (JPN) put on a dominating display in her Quarterfinal appearance, posting the highest heat total of the women's round to book a spot on Finals Day. Yoshikawa's poise on the nose was elite, as she put her hand up as the woman to beat in the Philippines.

"That win was really good for my confidence," Yoshikawa said. "This wave is so great for longboarding and it offers up great sections for all types of manoeuvres but especially for nose riding. I'm loving my time here in the Philippines." Pan Mei-Hsin (TPE) and Natsumi Taoka (JPN) also progressed with good heat totals as well as Sakura Inoue (JPN) as all three competitors look for a major victory to start the 2023 season.

Event directors will reconvene tomorrow morning at 7:30 am local time to make another call on the commencement of competition.

- WSL
Sunday, January 29, 2023
The World's Best Are Back, Road To The Rip Curl WSL Finals Begins At The Billabong Pro Pipeline | DAWN PATROL

A new solid WNW swell incoming with light winds expected. Another shot of fun-size WNW-NW swell due by middle of next week accompanied by