Without Ian Cairns (AUS), professional surfing would be nowhere close to as exciting as it is today. With his fearless approach and flawless style, the premier power surfer dominated every wave from Western Australia to the North Shore.

After winning the 1973 World Title, Cairns teamed up with fellow Australian Peter Townend, or "PT", to create the Association of Surfing Professionals (now WSL), serving as its first director as well. Cairns will be on the desk during the Heritage Series expression session coming up at the Hurley Pro. In anticipation of that event, he reflected on his career, his rivalries with the expression session athletes, the 2015 World Title race and more.

World Surf League: What was the most significant moment in your surfing career?
Ian Cairns: In 1973, I was an alternate on the beach for the event that was considered the World Championship at that time, the Smirnoff World Pro. I paid my $100 entry fee and went out into incredible 10-foot Laniakea. By the end of that day, I was World Champion and $5,000 richer. What an amazing day.

WSL: Out of the expression session athletes, who was your biggest rival and why?
IC: For some reason, Michael Ho (HAW) and I had some great competitive tussles and it fueled the fire of the Aussie vs. Hawaii problems we were experiencing. But the amazing thing was Michael was always there when the swell was giant, despite his diminutive stature. We squared off in the 1975 Duke Kahanamoku Final in 25-foot Waimea and in that heat I was vicious, with Michael second. I will never forget watching Michael smash the Pipe contest with a broken arm. Amazing surfing. 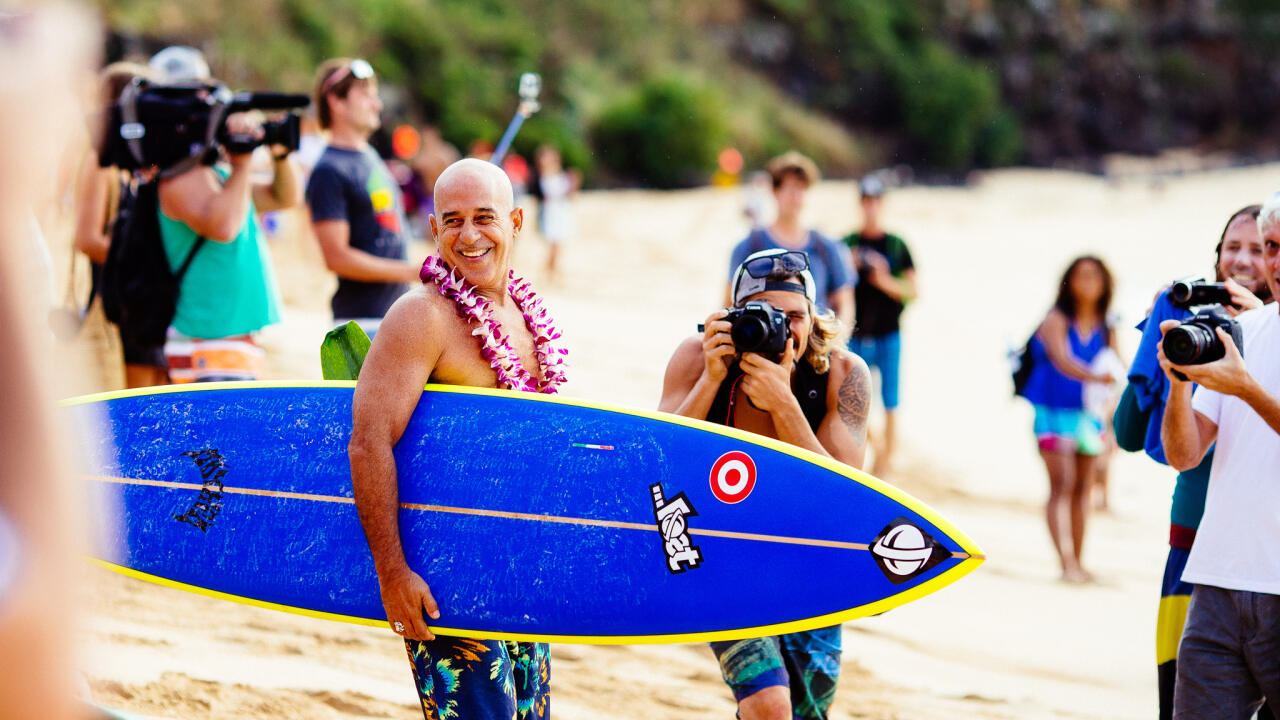 Known for his fearless charging, Michael Ho is one of the most famous Hawaiian surfers of all time and will be a competitor in this years Expression Session. - WSL / Ed Sloane

WSL:Out of the expression session athletes, who inspired you the most in your career?
IC:I think it was Shaun (Tomson). His tube riding was revolutionary, his grace and style on all sorts of waves was flawless, his support of the pro movement was unquestioned and his backside surfing at Pipe was ground breaking.

Cairns At The Desk
The legendary Aussie surfer joins the WSL desk to discuss the vision he and fellow pros had for surfing.

WSL: You were key in "creating" pro surfing. What do you think about the state of professional surfing in 2015?
IC: The WSL has created a tour and competitive conditions that comes close to surpassing our lofty dreams. The life of a pro surfer is exceptional in 2016.

WSL: Who do you think will win the World Title in 2015?
IC: I think Owen Wright (AUS) has a good shot. He has unfinished business after a competitive slump and injuries and Hossegor, Super Tubes and Pipe are events where he would be on the short list of favorites.

Wright In Tune At Lowers
13:07
Owen Wright came firing out of the gates at this years Hurley Pro, taking down Keanu Asing (HAW) and Tomas Hermes (BRA) in Round 1.

WSL: What was the toughest moment in your career?
IC: Narrowly losing the 1976 World Title to PT. I was training for Pipe at Kalbarri, a gnarly left slab in WA (Western Australia), when I seriously sprained both my ankles getting a lip in the head. When I arrived in Hawaii I had not surfed in six weeks and did badly in the first two events at Sunset and Pipe. I won the World Cup at Haleiwa, but PT was second, narrowly beating me. C'est la vie.

WSL: What is the biggest difference between competitive surfing now and when you were on Tour?
IC: The boards are so much more refined, the speed of the surfing is amazing, the fin drift and aerial surfing are exceptional and the barrel riding, especially backside is unbelievable, but in the end, it's all about ripping those waves and beating your opponent, just as it has ever been.

Find out what makes the boards that surfers ride today so unique.

WSL: What's one thing you know now that you wish you'd known as a young competitor?
IC: I was an all or nothing surfer and competitor and I would have been way better if I had Ian Cairns coaching me... Wait on, I did, but he knew nothing then!