Shaun Tomson (ZAF) stamped his signature style on pro surfing in the 1970s, an era he spent collecting a Pipe Masters trophy (1975) and a World Title (1977) to name just a few of his accomplishments. His wide stance and unique tube-riding form made him a legend. As he prepares to surf alongside old rivals at the Hurley Pro Trestles Expression Session, Tomson took a look back at how he changed the world of pro surfing, and how it changed him.

World Surf League: What was the most significant moment in your surfing career?
Shaun Tomson: Winning the Pipeline Masters in 1975 right at the birth of pro surfing -- I had a picture of John Peck going backside at Pipeline in the 1960s above my bed and I knew that is where I would have to go to realize my destiny.

WSL: Out of the expression session athletes, who was your biggest rival and why?
ST: At one time or another I had tough losses and great wins with every surfer. [Wayne] "Rabbit" (Bartholomew) was a huge rival as was Simon [Anderson]. Rabbit always surfed at his best against me and it was always game on and head to head mentally. Simon was quiet, calm and stoic and let his power surfing do the talking.

Read what Rabbit has to say about Tomson here.

It's wonderful to see that being a surfer is now considered a badge of honor.

WSL: Out of the expression session athletes, who inspired you the most in your career?
ST: Every single one of the surfers was an inspirations for different reasons: Rabbit for his incredible vision, showmanship, flair, imagination, courage, competitive fire, subtle tube technique, inimitable style and friendship; Cheyne [Horan] for his single-minded determination, his dogged design experimentation and for coming to apartheid South Africa with Free Mandela on the bottom of his board; Michael Ho for riding the smallest boards in the biggest surf and for his incredible instinctive tube riding. Simon for his raw power, incredible backside attack, beyond-dry wit, humility, sharing skills, design innovation and friendship.

A few weeks after losing my Dad I came up against Simon in the Coke Surf About Final -- my twin against his newly invented thruster. He hammered me in the Final and the next day I phoned him to order a thruster. Of course he obliged -- he wanted to share what he invented with the world rather than just keep the advantage for himself.

WSL: You were instrumental in "creating" pro surfing. What do you think about the state of professional surfing in 2015?
ST: It's wonderful to see that being a surfer is now considered a badge of honor among the mainstream population -- bankers, lawyers, artists, authors, actors, architects, doctors and scientists -- and that multinational marketers are using its allure, aura of danger and freedom lifestyle to sell billions of dollars of product; we knew it all along. 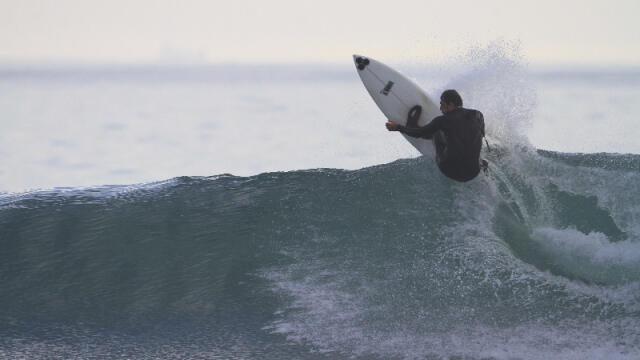 WSL: Who do you think will win the World Title in 2015?
ST: Julian Wilson.

WSL: What was the toughest moment in your career?
ST: Losing my father in 1981 and getting back on the Tour afterwards.

WSL: What is the biggest difference between competitive surfing now and when you were on Tour?
ST: More money, more exposure and more knee and ankle injury risk. The competitive drive, single-minded commitment, courage, imagination and daily stoke needed to win have not changed one iota.

WSL: What's one thing you know now that you wish you'd known as a young competitor?
ST: Learning how to shape surfboards gives you a tremendous competitive advantage.