Quiksilver in Memory of Eddie Aikau: Official Trailer
1:08
The world's best big wave surfers ready themselves to take on Waimea Bay in the legendary event in memorium of one of Hawaii's most famed watermen.

The 31st annual Quiksilver in Memory of Eddie Aikau has once again been put on Yellow Alert for a possible run Thursday, February 25, just two weeks after athletes and organizers gathered at Waimea Bay in an earlier attempt to run. Green light or not, surfers will undoubtedly be honoring the late Brock Little when they do meet on Thursday. - WSL

With time running out on the holding period for the prestigious big-wave invitational, officials are hoping to squeeze the event in under the February 29 deadline. A confirmed invitee list was issued Wednesday, with surfers from Greg Long to Ross Clarke-Jones gearing up yet again for what could be the swell of the winter. (Find full heat draws below.)

So far, things looks promising -- if not too much so. As of Wednesday, the waves at Waimea were practically too big too surf, and many believe Thursday's swell could be even bigger. In his forecast update Wednesday morning, Surfline's Kevin Wallis wrote, "We've continued to gather satellite wave data overnight and everything remains on track. Invitees and alternates were announced Wednesday, as surfers hustle over to the North Shore of Oahu for the prestigious event. - WSL

"We expect to see very solid 20'++ surf at Waimea throughout the day on Thursday, with a high likelihood of seeing 25'++ (50'++ faces) closeout sets throughout the day. The question now isn't if it will be big enough. Now the concern is it may very well be too big."

See how scoring works for the Eddie.

If the event does go it will certainly be a celebration of the late Brock Little, the big-wave star who passed away last week. Little rose to fame on the back of his remarkable Eddie performances.

The Quiksilver in Memory of Eddie Aikau requires waves more than 20-feet high (40-foot faces) to run. This winter's El Niño weather pattern has been generating swell throughout the Pacific for months and already provided contestable conditions for the Big Wave Tour's Pe'ahi Challenge and Todos Santos Challenge, not to mention numerous submissions for the Big Wave Awards. 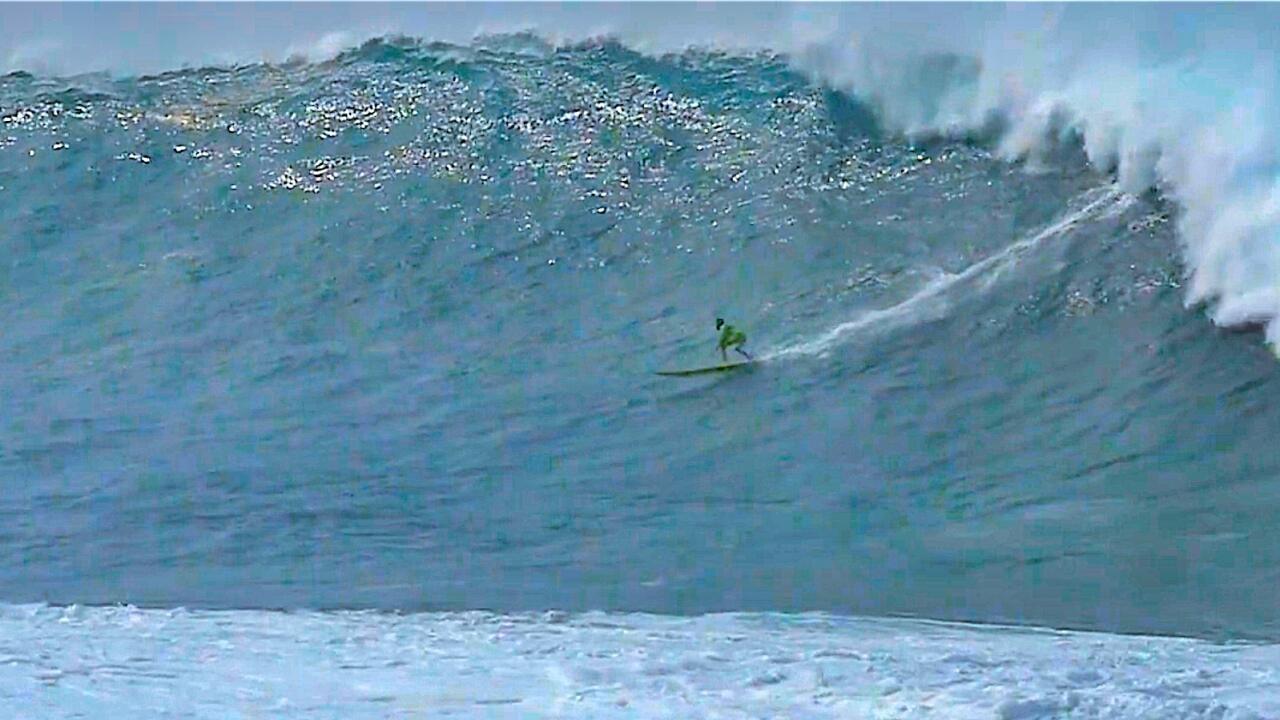 Luke Shepardson will likely be doing his best to get in as an alternate on the morning-of, a la Brock Little in 1986. - WSL

The big-wave event honors the legendary Eddie Aikau, Waimea Bay's first lifeguard. A North Shore local and respected waterman, Aikau spent his free time rescuing swimmers and surfing big swells. After competing as a professional surfer, he was selected to join an expedition on a Polynesian voyaging canoe -- the Hokule'a -- headed for Tahiti. But the mission was quickly abandoned when the Hokule'a encountered a storm and capsized. After surviving the night with his crew mates, Aikau decided to paddle to land for help.

For Honor and Glory: Quiksilver in Memory of Eddie Aikau
1:59
Invitees reflect on the honor behind competing in the prestigious event.

Despite his unparalleled skills in the water, he never found land. A massive manhunt began, including the deployment of the largest air and sea search in Hawaiian history, but Aikau was never seen again. The Quiksilver in Memory of Eddie Aikau honors the waterman's legendary courage. The contest format has two rounds, each with a maximum wave count of eight waves. Each surfer's best four waves count toward the final score, with a maximum individual wave score of 100 points based on size, risk and how well the wave was surfed. Find the full list of Invitees and Alternates below, as well as at Quiksilver.com/Eddie.

The Quiksilver in Memory of Eddie Aikau will be broadcast LIVE on the WSL website.