The long lefts of Krui were on for Day 1 of competition. - WSL / Tim Hain

The remote town of Krui came alive this morning as competition was called on for the first heats of the inaugural Krui Pro. Situated on the southern tip of Sumatra, Indonesia, this coastline is a magnet for powerful southern ocean swells. The event is set up at a long lefthand reef break that offers waves over 100 meters long with a mixture of barrel and turn sections. Competition ran through 10 heats of Round One of the men's draw before going on hold to wait for another pulse in swell tomorrow.

Indonesia's Mega Semadhi won the first ever WSL heat at Krui today with countryman Putra Hermawan also advancing into second position. The day started off well for the locals, but only one other Indonesian surfer advanced to the next round. The man they call Mega with a beautiful canvas ahead of him. - WSL / Tim Hain

"I really like this wave," Semadhi said. "I have been here a few times before and I always have a good time. It's hard to win these heats, our heat was really close so I am very happy to take the win."

Brazilian style-master Jean Da Silva was the standout surfer of the day nailing two excellent scores to easily advance into the next round. Da Silva linked smooth carves with powerful snaps and looked right at home on the long walling lefts. 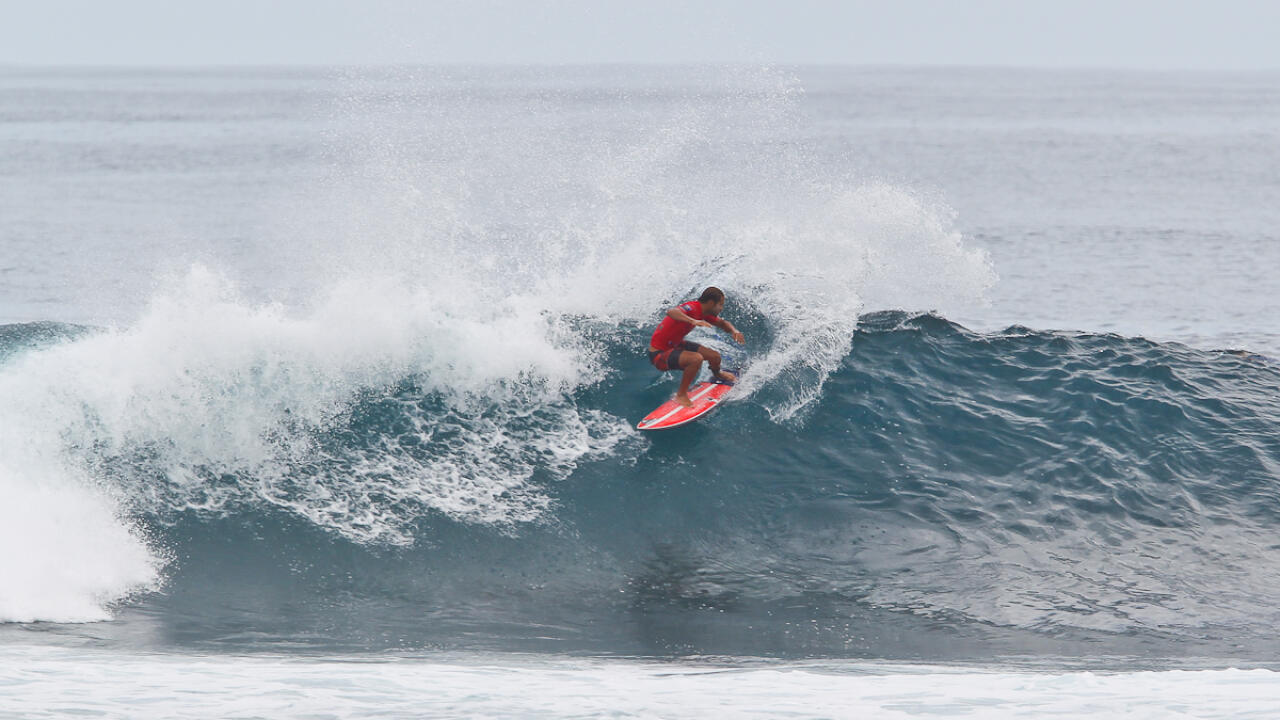 Jean Da Silva was a standout on Day 1 of competition. - WSL / Tim Hain

"I came to Indonesia after the contest in Manly, it's a great opportunity to try some new equipment, surf some good waves and catch up with friends," Da Silva said. "I am really stoked that the WSL put this event on, it's a really remote location and the waves are amazing, it doesn't really feel like a contest. It felt really good to post some big scores, it's been a while since I had a heat like that."

Australia's Dylan Longbottom hasn't competed in a QS event for over 20 years, but that didn't stop him from going out and putting on a show in the four-to-five foot long lefts. Longbottom is famous for charging monster waves and shaping finely tuned surfboards. Today he showed that he hasn't lost the spark in his backhand attack, taking a solid heat win with fellow Australian Johnnie Keith. "I'm here with my daughter Summer surfing and just having fun," Longbottom said. "It was great to be out there with only three other guys. My last QS event was in Nias in 1996 which is also in Indonesia, and my friend Margo (Brendan Margieson) won it and he was a free surfer - maybe I'll try and copy him and win this one. I actually just entered because my daughter entered the women's event, she's starting to get into competitive surfing and it's great for me to see. My family and I live in Bali and I travel back and forth to Australia shaping boards and chasing swells."

Brazil's Matheus Navarro used polished backhand whips and carves to claim a Round One heat win. Indonesia is a long way from Brazil, but Navarro is having a great trip scoring waves, winning heats and filming a TV show. "This is my first time to Krui and I am having a great time," Navarro said. "The waves are so fun, there are so many sections for turns - I really enjoy surfing on my backhand. This town is quite remote but after this event and people see how good the waves are I am sure that more people will come here. I will be coming back for sure."

Keijro Nishi posted a solid heat win in a tight battle with Indonesia's Nyoman Artana advancing in second position, narrowly defeating Nathan Cook (AUS) and Supriyanto Pacitan. Nishi clocked one of the day's top scores with powerful and fast down the line carves on one of the longest waves of the day. 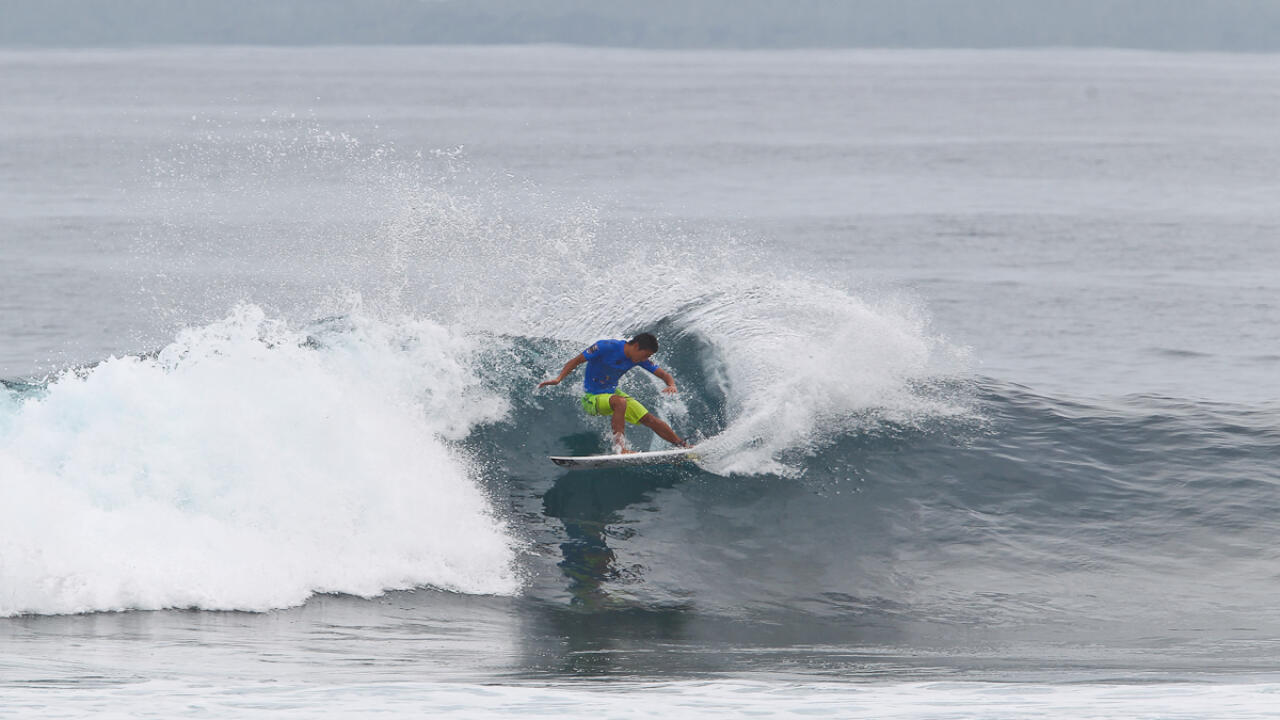 Keijro Nishi dominating Round One at Krui - WSL / Tim Hain

"This is my first time to Sumatra and it's been a great trip so far with amazing waves," Nishi said. "It was hard to have a heat strategy, the heat before had so many sets, but my heat went flat. I decided to get a score on the board early then wait for a good set and I was able to then score a 7.75. I'm really happy to have amazing lefts for a contest."