Consistent sets with waves in the 6-foot range (2 meters), light winds and overcast skies greeted world-class athletes to the WSL 2017 Huanchaco Repalsa Longboard Pro presented by Motorola. Playa El Elio in Peru is nothing less than heaven for a longboarder. Overhead sets with minute-long, leg-burning rides are the norm and competitors had to leave it all on the line since the talent level was at an all-time high. After completion of Rounds 1 and 2 in the men's division, the field was narrowed down to eight remaining Quarterfinalists. Following a dominant performance in Round 1, current 2017 WSL Men's Longboard Tour rankings leader Phil Rajzman (BRA) showed no signs of slowing down after spending over two months out of the water in wake of an injury to his bicep. The burly Brazilian showed off his powerful, yet fluid style in Round 2 and advanced in first place alongside Wenderson Biludo (BRA).

"Conditions have changed a lot since this morning and the sets aren't as frequent, so I tried to stay active," said Rajzman, who despite his rÃ©sumÃ© has yet to win a WSL South America Title. "I got an ok score at the start and then I had to do the run-around back up the beach. Luckily, I got a good one after that, but contests are tough. I think you need to have a combination of luck, being in good shape and making the right decisions when they come to you."

Afterwards, the crowd at Huanchaco went into a frenzy as local surfer Ronie UcaÃ±an (PER) tore apart the line-up in Heat 2 of Round 2. Ronie scored an 8.65 and a 7.40 for a 16.05 total by displaying a complete array of classic and modern longboarding maneuvers. 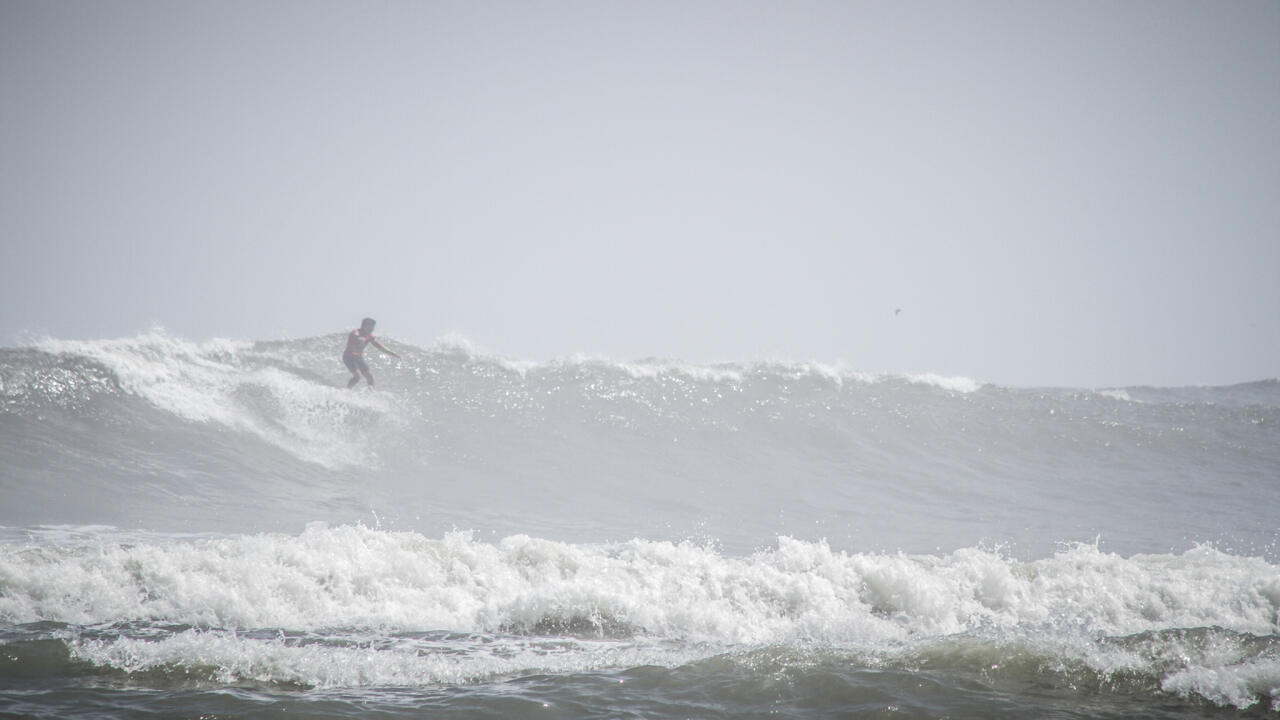 "I got into the water super focused and I felt the support from all the crowd and my friends and family in Huanchaco that came to the event. I entered that heat thinking it was just another step closer to the Finals," said UcaÃ±an. "I haven't done too well in the past at this event, but I knew that it was something psychological. I know I have the talent to surf well here. It's all a matter of concentrating and the results will come naturally."

However, Anderson Da Silva (BRA) upped the ante even more by starting Heat 3 of Round 2 with an excellent 9-point ride by performing stylish nose rides and powerful cutbacks on a solid set wave. Da Silva added an 8.00 to take first place with the highest heat total of the day with 17.00 points.

The Brazilian born Da Silva has been living in Huanchaco for the past 2 years and currently represents Peru. His surfing today is evidence that his time at El Elio has been well-spent. He advanced into the Quarterfinals alongside Jeferson Silva (BRA) with a 14.85. "Conditions are bit difficult now with the tide coming in and it's a little choppy, but it's the same for everyone and you just have to do your best and hope to advance," Da Silva noted. "I've been living here in Huanchaco for the past two years and I feel honored to represent Peru in this contest and hopefully I can win."

Switching to the women's division, a strong current and bombarding sets made things difficult for competitors. Heavy favorites remain in the drawÂ asÂ Quarterfinalists were decided at the Huanchaco Repalsa Longboard Pro.Â

Current 2017 WSL Women's Longboard Tour rankings leader Chloe Calmon (BRA) got off to a strong start by scoring a 7.50 after completing several hang-fives on a long lefthander at El Elio. The in-form surfer added a 4.85 on a series of stylish old-school cutbacks in Heat 1 of Round 1. "It's always tough being in the first heat of the day because you don't have much reference as to where to sit, where the best waves are breaking and what kind of scores you need, so when the three of us paddled out, we took a bunch of sets on the head and had a hard time making it out," remarked Calmon. "The current was really strong, so you couldn't really sit, but I after I caught my first good wave, I felt much more comfortable. The talent level here is incredible, the wave is amazing for longboarding and every time I enter an event, my goal is to win it, so I hope we get good waves tomorrow."

Also advancing into the Quarterfinals was Kaitlin Maguire (USA) who took an early lead with a 10.35 total after Ana Camila Kaspar (PER) committed an interference penalty by dropping in on the American in Heat 4 of Round 1. The defending two-time WSL South America Longboard Champion Atalanta Batista (BRA) advanced into the Quarterfinals in second place with a 10.10 total. "I'm really excited to be here in Peru experiencing the culture and the good waves," said Maguire. "The waves are consistent and they're producing long lines. While you're out there it's very relaxing and I was just waiting for the good ones, so it's a really fun contest day right now. I've been having a great time in Peru, the waves are great all along the coastline, the food is amazing and all the people have been really nice and welcoming."

A call is set for 7:00 am local time for continuation of the WSL 2017 Huanchaco Repalsa Longboard Pro presented by Motorola. Watch live