A long-standing Virginia Beach, Beach, tradition is back August 21 - 26 as the Men's Qualifying Series (QS) and Men's Pro Junior return for the Vans Pro QS 3,000 and Vans Pro Junior, respectively. This marks the eighth-consecutive year that the WSL will greet its Virginia Beach caretakers for another week of important competition alongside one of the world's longest-running events, the East Coast Surfing Championships (ECSC). 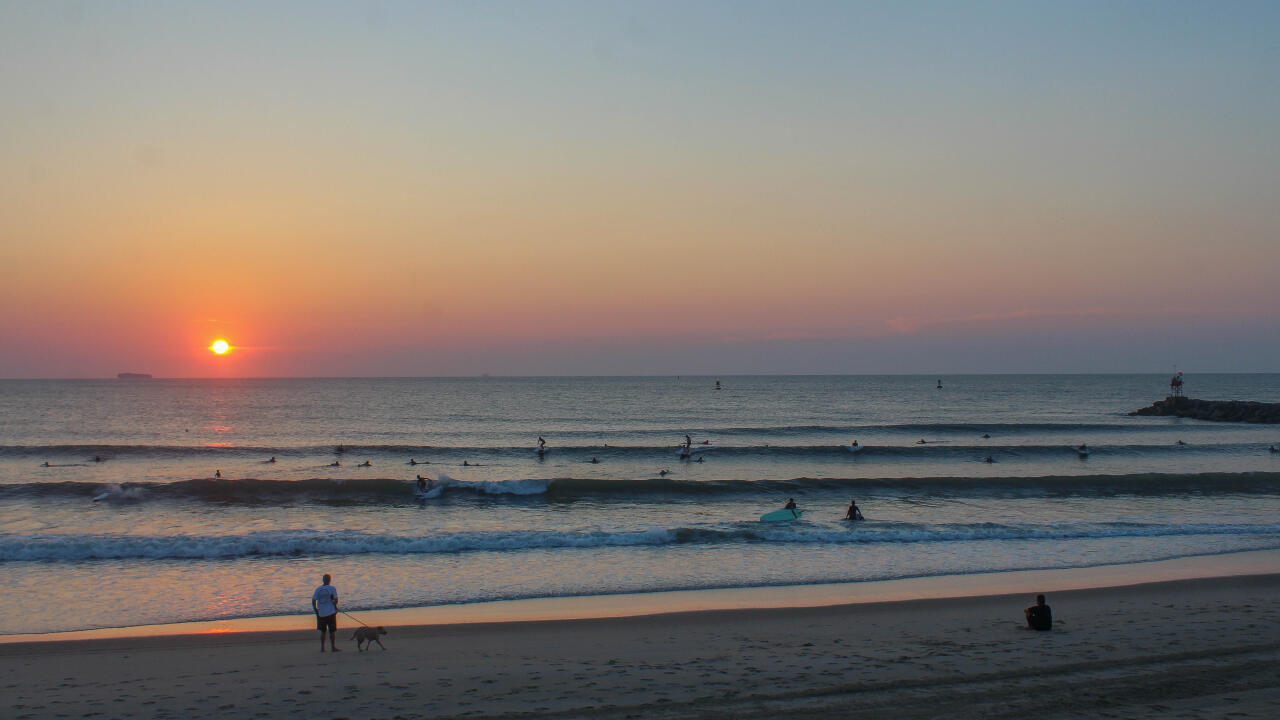 Virginia Beach's 1st Street Jetty, iconic in nature now hosting 56 years worth of surfing history, provides one of professional surfing's tougher platforms as conditions can change on a dime.

"From flat conditions to hurricanes evacuations, and everything in between, this has always been the most challenging event from a production standpoint," said Event Director Darren Brillhart. "We need four days to run both Men's QS and Pro Junior within our six-day window, so when there are contestable waves we try to run as many heats as possible." While a small forecast is looming once again, event coordinators and surfers keep their fingers crossed for a spike in windswell to come streaming into the lineup. But, away from the surfing action, Vans brings another year of festivities and action sport showcases throughout the week - more details to come. 2018 CT Rookie Wade Carmichael was just one of the top QS threats in attendance last year at this event. - WSL / John Ferguson

Some of the Men's QS elite will battle for 3,000 valuable points toward their Championship Tour (CT) qualification run as the first major event to start the back-half of 2018 gets underway. A win here could be just what they need, after Keanu Asing's win last year helped propel him toward the Tour, as well as a big momentum shift for those in need of a spark.

Also, a piece of Virginia Beach history gets added to the winner's resume. As one of the longest, consecutively-run events on the North America Regional QS schedule at eight years, this contest serves as an icon of what professional surfing should embody toward providing surfers with an opportunity at keeping their dreams alive. The Vans Pro also provides a platform for the Pro Juniors -- dominated by winner Mateus Herdy in 2017. - WSL / John Ferguson

It's also a key event in the Men's Pro Junior season as 320 point separate No. 1 from No. 4 on the North America rankings, with only another 235 between No. 4 and No. 5. The race for World Junior Championship qualification can be won, and lost, beginning with this event. One of the East Coast's best, Evan Geiselman, is back for a shot at his second Vans Pro. - WSL / John Ferguson

Each year, the Vans Pro summons some of pro surfing's finest from seasoned veterans to the next generation of upcoming talent. Names such as former CT competitors Wiggolly Dantas, Jadson Andre, Nat Young, Tanner Gudauskas, Alejo Muniz, and Jack Freestone, are scratching to get back to the Dream Tour through events like this one.

But, they must deal with top QS threats including current North America No. 1 Lucca Mesinas, some of the East Coast's best talents Evan Geiselman and Cam Richards, and an array of international competitors - most notably the small-wave-savvy, up-and-coming Japanese and Brasilian contingent. Tyler Gunter earned the only Finals appearance for North America's Pro Junior contingent last year. Who will step up in 2018? - WSL / John Ferguson

The Pro Juniors account for North America's top competitors 18-and-under that includes last year's fourth-place finisher, and only regional surfer to make the Final, Tyler Gunter (who currently sits at No. 4). Along with the year's top two performers No. 1 Crosby Colapinto and No. 2 Eithan Osborne, who both already have throwaway results, alongside No. 3 Kade Matson.

However, they will deal with Top 4 contenders East Coast native, Bo Raynor, 15-year-old up-and-comer Taro Watanabe, and last year's World Junior Championship wildcard Cole Houshmand-- fresh off a Vans US Open Final appearance alongside Mexican upstart Alan Cleland. Also, though not as strong of a presence in past years, an international field is back in attendance with representation from Hawaii, Japan, and South America for their opportunity to keep the title away from North America competitors. All are searching for their place among these former winners lists, a healthy assortment of some of the sport's most notable names, and valuable points toward their season. From the late, great Jean Da Silva to a plethora of current CT competitors taking the QS win, and talents such as 2016 North America Regional Pro Junior Champion Nolan Rapoza in the Pro Junior division, an array of surfers have claimed victories here.

The only question that remains -- who gets added to the list this year?