The Surf Ranch Pro proved as a reminder that you don't have to be near a beach to appreciate a healthy ocean. Looking out at perfect barrels reeling through the Central Valley, thousands of surf fans caught a glimpse of a life-size whale tail sculpture. Made entirely from trash by artist/marine scientist Ethan Estess, the sculpture titled Last Dive at the Farallones was installed on site during the Surf Ranch Pro as part of WSL PURE's efforts to raise awareness on ocean plastic pollution.

Many of the impacts of plastic pollution happen away from the shoreline, making it difficult for most to understand what damage is being done. Art installations like this bridge that disconnect and help observers visualize these effects. But perhaps more importantly, it creates an emotional connection to the issue and encourages people to adopt more sustainable habits. 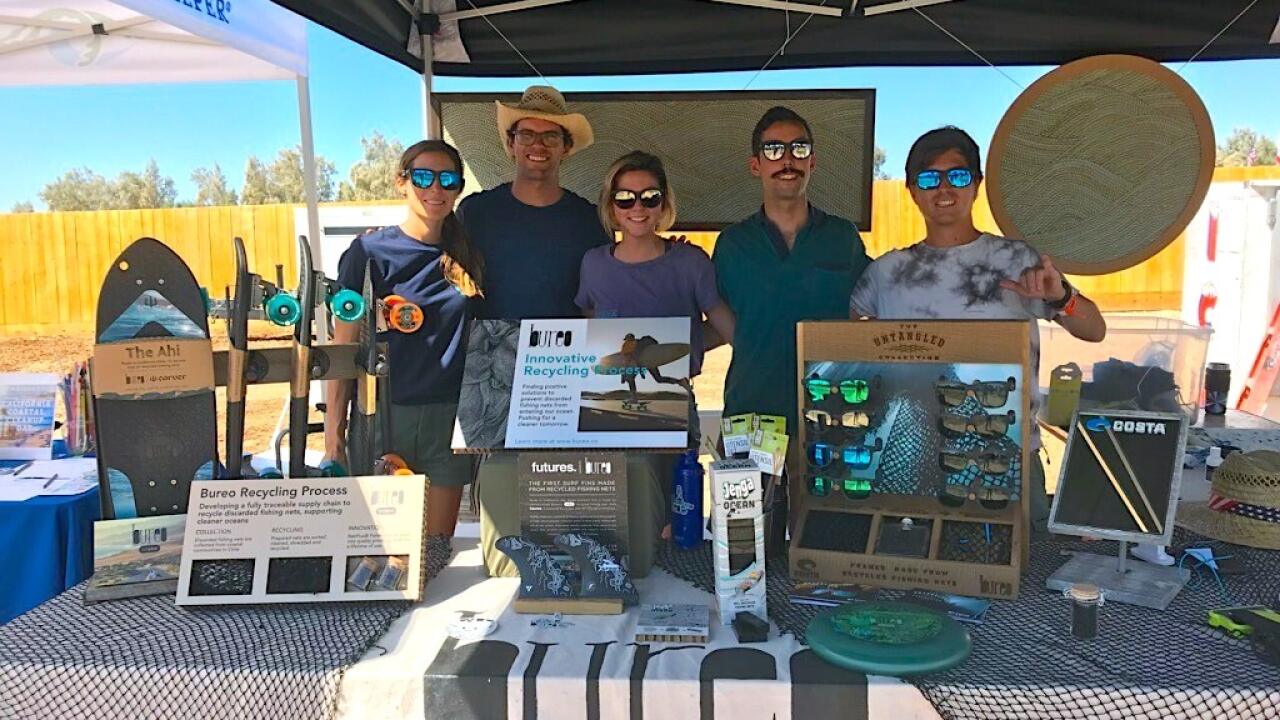 Estess built Last Dive at the Farallones while working as an artist at Recology, a San Francisco based landfill. The Recology program allows artists to pick through the trash of the city, collecting materials to develop art exhibitions. Estess also works as a marine biologist. While studying at the Farallon Islands off San Francisco, a friend gave him the idea for a whale tail sculpture. His colleague recounted how he had once found a humpback whale entangled in fishing rope, and unable to help, had watched it drown from exhaustion. That story stuck made an impact and the following week, Estess found a giant coil of fishing rope at the landfill.

"Spending time in the water as a surfer is my main source of inspiration," said Estess. "It connected me to the ocean at an early age and I feel a responsibility to help protect it. Whether its through my reclaimed art or my work studying with the Monterey Bay Aquarium, it all comes back to the simple joy that the ocean provides us on a daily basis." Last Dive At The Farallones by Ethan Estess - WSL

Since it was built, the whale tail has moved to numerous locations around California. It lived at the San Francisco airport for a year where it shared its message with millions of travelers. Later it was displayed at the Marine Mammal Center in Sausalito to highlight the efforts of a unique veterinary hospital. Last weekend at the Surf Ranch Pro the whale tail continued to share its story with thousands of surf fans, working in parallel with WSL PURE's efforts to minimize the event's environmental footprint.

Stay tuned for future art exhibits at WSL events that help connect surfers to healthy seas around the planet. You can learn more about Ethan's work at http://www.ethanestess.com/.