Typically this time of year sees the women's Qualifying Series (QS) and North America's Pro Juniors preparing for Los Cabos but this season a change of pace comes in the form of a specialty event inviting some of the world's finest to Cabo San Lucas, Mexico.

Baja California's beautiful coastline returns to schedule with the Los Cabos Open of Surf Soft Top Soiree which will host some of surfing's most iconic names such as former Championship Tour (CT) icons Rob Machado, Josh Kerr, and women's CT elite Sage Erickson. Mexico's first ISA Gold Medalist Jhony Corzo, QS veteran Mitch Coleborn, decorated pro skimboarder Blair Conklin and free surfing notable Oliver Kurtz are also all in the mix to compete at The Cape hotel as the final spot will be allocated in the coming days. Competitors will go head-to-head in one full day of competition with their choice of soft top boards for a winner-take-all format on Saturday, June 22. 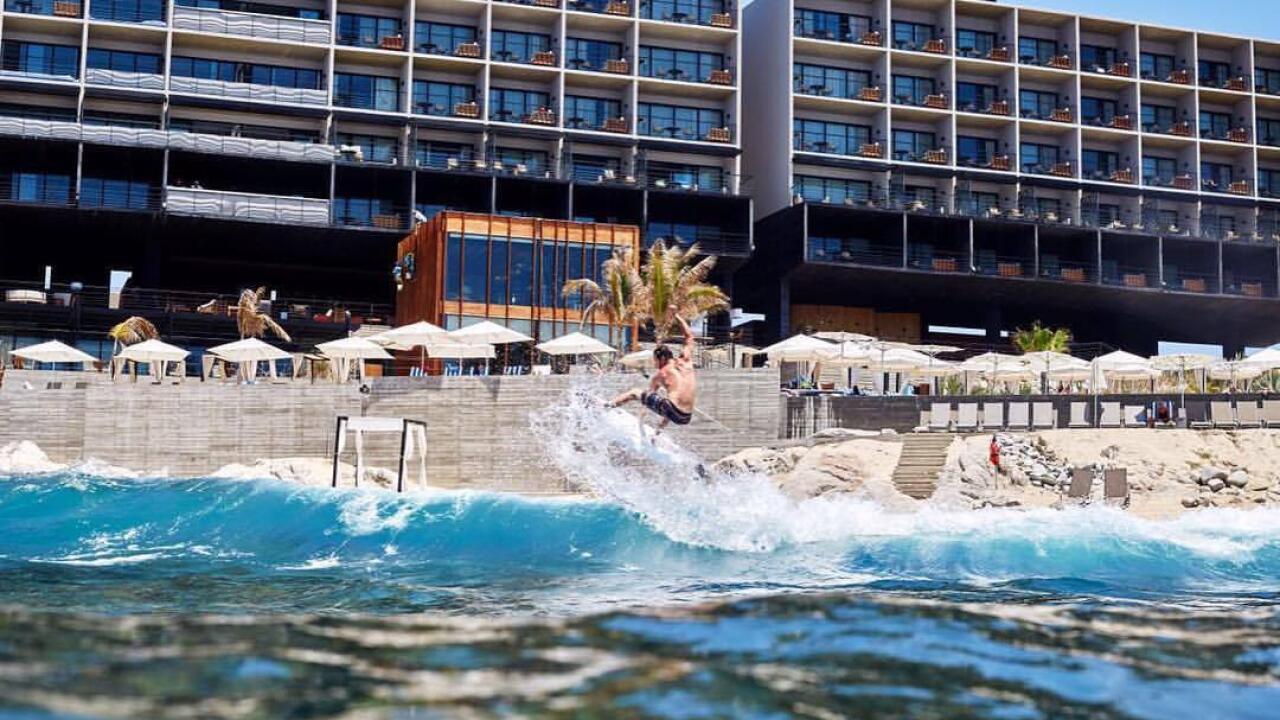 The event is a celebration of The Cape's contemporary style combined with the exuberant fun of surfing the high-performance left-hand walls of Monuments.

"After six incredible years of the Los Cabos Open Of Surf, our organization and the Los Cabos Tourism Board have decided 2019 is taking a one-year break from putting on the traditional Women's QS and Pro Junior events," event producer Uli Torres said. "We wanted to create this unique specialty event celebrating the surf culture in Los Cabos with a one-weekend surf, fashion and music festival to be held exclusively at The Cape, a Thompson Hotel - an amazing destination resort overlooking the World Famous ‘Land's End' Cabo Arch, El Arco. As well as a fun surf break called "Monumentos," also known as Monuments Beach." Machado will be in the WSL scene for a day alongside some of the sport's finest - something we can all look forward to. - WSL / Tom Bennett

For the likes of Machado and Kerr, this contest will resemble a similar format to the Four Seasons Maldives Surfing Champions specialty event but only using soft-top boards. Monuments has the ability to turn on and deliver incredible surf which will only bring out the best of these seasoned Championship Tour (CT) veterans and long-time friends. Sage Erickson returns to the Los Cabos jersey but this time in a different manner. - WSL / Andrew Nichols

Former CT competitor and Ojai, California's, own Sage Erickson continues to find her way back among the Top 17 but knows the importance of enjoying the moment when it arises. Erickson contested in the Los Cabos Open of Surf QS 6,000 since its inception and has made it a family trip each year, and now looks forward to seeing its shores once again at a different pace.

"Cabo is definitely one of my favorite locations to have an event," Erickson said. "The people are warm, waves are absolutely rippable and the food is amazing. To be at an event catered to more of a creative space than a hard core competition is really exciting to me. With the likes of my favorite off-tour surfers I can't wait to live in the moment while admiring old traditions like a single fin with an awesome crew." Rounding out the WSL's presence is one of Mexico's top upcoming talents Jhony Corzo, who already has a Gold Medal to his name after a massive win in 2017. While he looks to earn his stripes among the QS elite, the 20-year-old joins Erickson in a break from the competitive demands and surf alongside some of his role models.

"Once I knew I was invited to this invitational event I was so excited, it's such an honor to share the water some guys I've admired since I was little," Corzo expressed. "Not to have the pressures of competing and just be able to share this time with them makes this trip even that much better. It'll be a great opportunity to get to know one another and talk stories while enjoying some fun waves which wouldn't usually happen at a QS event. The waves look really fun and I love Los Cabos so I'm thankful to represent my country and give my best alongside some big names."

More details will be made available leading up to the event at loscabosopenofsurf.com.

For more information on The Cape, please visit: thompsonhotels.com