Once again great surf poured through at the Nias Pro and the good times continued to roll at one of Indonesia's most renowned pointbreaks. 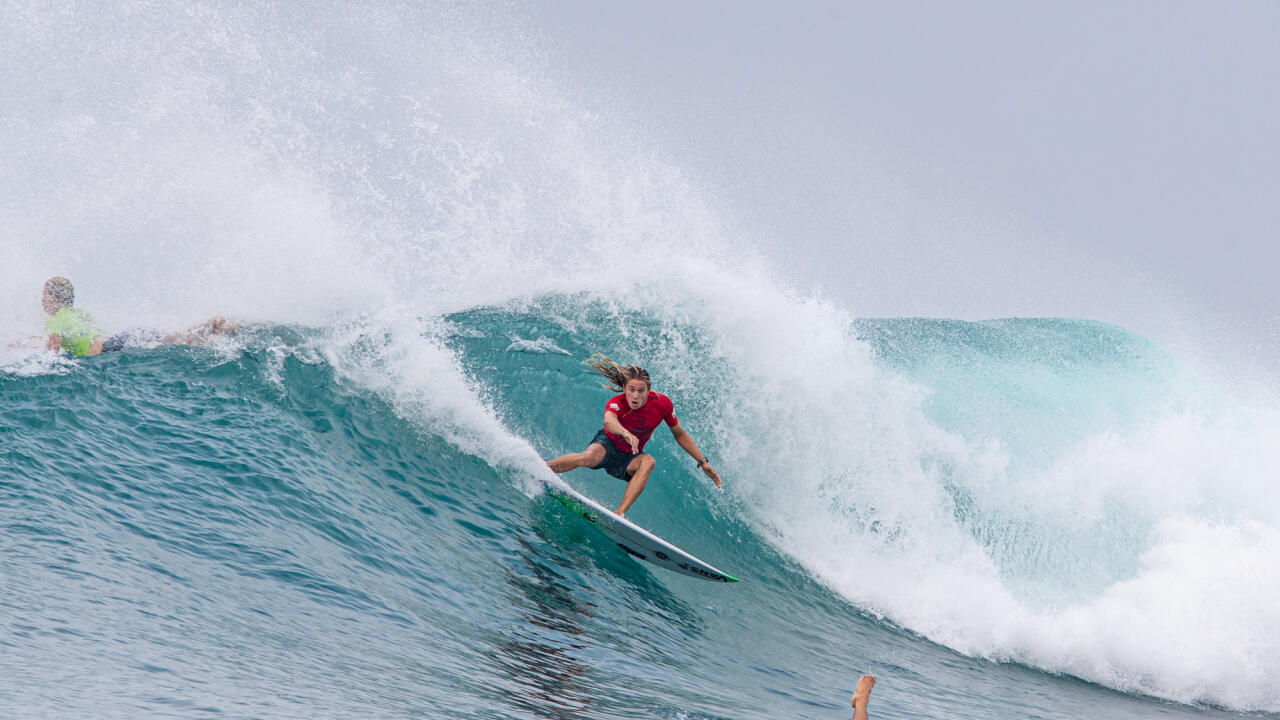 Win or lose, competitors have been having an absolute ball so far. The surf has been providing them with the dream canvas to showcase their abilities and score some epic rides.

The United States' Ben Coffey echoed the general feeling here in Nias after smashing his heat and scoring an 8.5 ride in the process.

"So happy," Coffey said afterwards. "I decided to come to this event when it upgraded to QS 3000 and I can't believe this place. The people are great, the water is warm, the jungle environment is amazing and the waves are outstanding -- I love competing when it's like this."

Coffey's good mate Shaun Burns, who's also from Santa Cruz, California, had a stellar Round 3 heat, advancing to the Round of 32 as well. The women stole the show later in the day as the swell pulsed. Because of a light onshore wind, big barreling sections weren't on offer, but the open faces allowed for some amazing, high-performance surfing. Speed runs and powerful, full-rail engagement was the order of the day.

"What a place to run an event," said Australia's Piper Harrison, who won her Round 2 heat. "This is the best contest I've been in and I can't believe I haven't been here before, it's such an amazing location."

Rising Japanese star Amura Tsuzuki was also a stand-out, demonstrating that her historic victory last week at the ABANCA Galicia Classic Surf Pro was no fluke. She elevated her performance today with huge turns and flowing combinations. She's also into the Round of 16 now. There's more surf in the forecast and contest organizers will continue to monitor the outlook and waiting for the most ideal time to finish the event. A serious swell is a forecast for Sunday, so stay tuned.