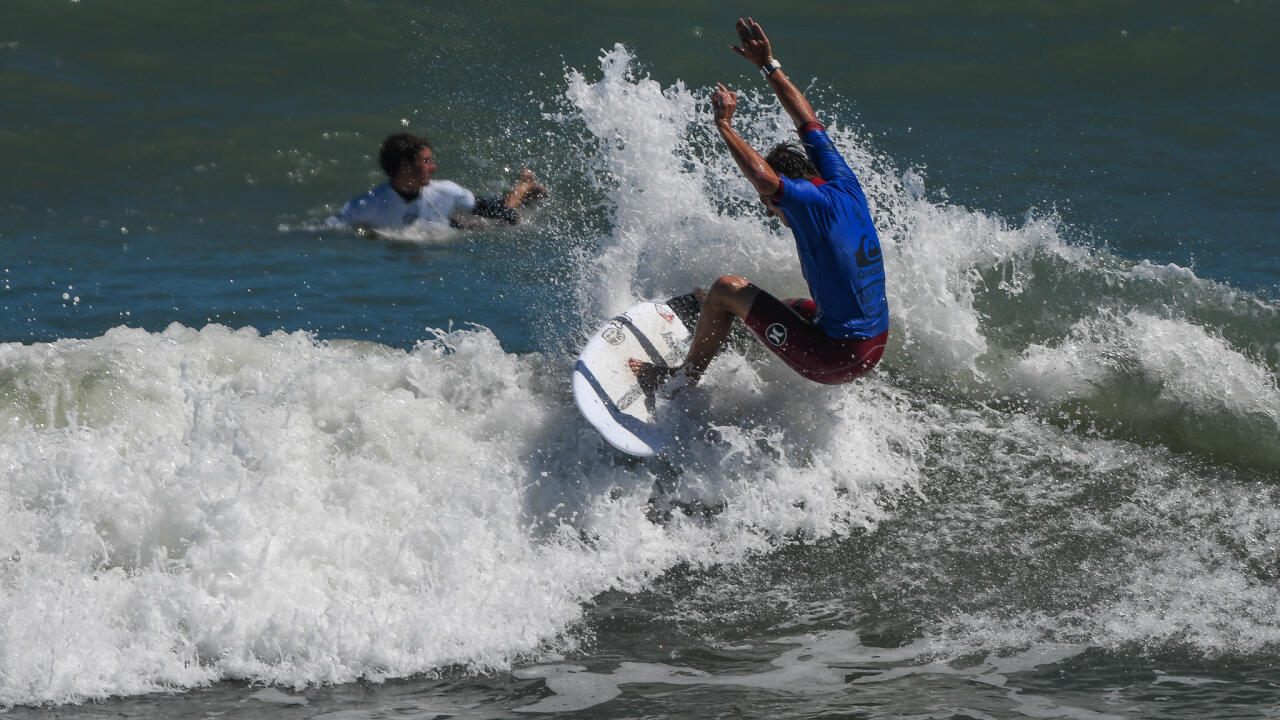 Blake Speir carried his momentum from Round 2 to a big Quarterfinal win. - WSL / John Ferguson

"I just out there thinking there's no way I'm ending this heat with a one as my backup so to get that last wave was great and you just have to grind through it," Speir said. "It's great when you and your buddy get through a heat, there's no better feeling. I'm really trying to hold it down this year and make a few Finals since it's my last year as a junior, prove to myself I can do it and just have fun along the way." Cocoa Beach's own William Hedleston is back into the Semifinals. - WSL / John Ferguson

Adding his name to the list of surfing Floridians, Cocoa Beach's own William Hedleston continues to give his hometown crowd something to cheer about with a surge through this event. The now 16-year-old finished off his Quarterfinal affair against two of North America's best up-and-coming competitors Taro Watanabe, recent SLO CAL Open at Morro Bay QS 1,000 winner and also advancing, and 2019 No. 4 Alan Cleland.

"It's so fun and I'm stoked to match my best result so far in the Pro Juniors and to be at home doing it is great," Hedleston said. "It's a birthday week so I'm just trying to do my best and keep moving through. The waves went down a little compared to yesterday so you didn't have those bigger sections on the outside but if you could connect to the inside you could get finish strong. I don't even know what it'd mean to make the Final just with how amazing it is everyone supporting me and it's helped give me some confidence to be the local guy who isn't Kelly Slater or something (laughs)." Jabe Swierkocki continues to lead the charge of Californian talents on hand to keep the title on the West Coast. - WSL / John Ferguson

But the trifecta will have to deal with the likes of Watanabe along with in-form competitors Levi Slawson, Jabe Swierkocki, Kyan Yang and Hagan Johnson.

Event organizers will reconvene at 8:00am EDT to determine a possible 8:30am EDT start.

The Floridian teenager went ballistic to take down a stacked Round 2 heat and advance into Round 3.