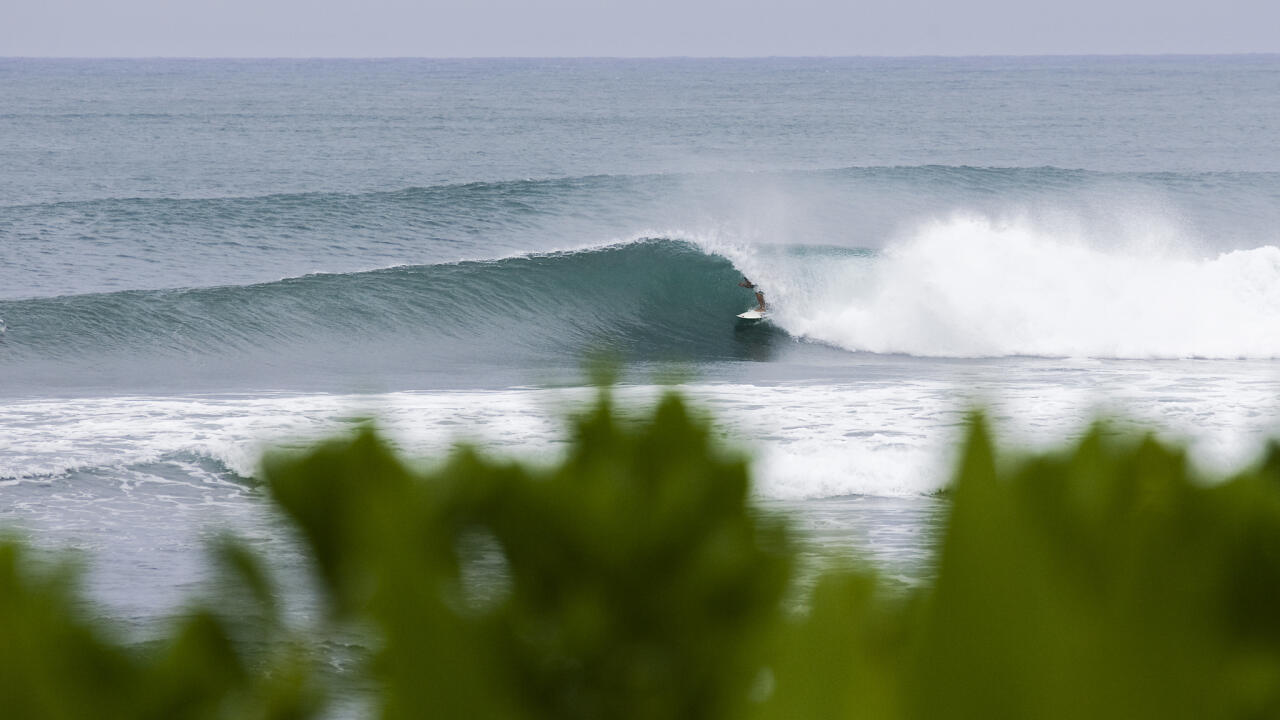 The Reef Hawaiian Pro is the first contest of the Vans Triple Crown of Surfing, a series of premier events that traditionally cap off the professional surfing season. Based at Ali'i Beach Park in Haleiwa, the Hawaiian Pro will run November 12-23 and features a mix of Qualification Series (QS) and World Championship Tour (WCT) athletes. While the Vans Triple Crown is a high-profile series unto itself, its Prime-rated QS contests are also a chance for surfers on the bubble to earn enough points to break into or stay on the elite Tour.

Best known as the gateway to the Oahu's famed North Shore, Ali'i Beach Park is on the west side of the Haleiwa Boat Harbor, where the tricky reef is capable of delivering hollow rights, rippable sections and powerful closeouts. The Break
Haleiwa is a true test of a professional surfer's ability to handle a multitude of conditions, all at the same break. From 2-to-4 feet, Haleiwa is a rippable peak, with most surfers favoring the longer rights. Its speedy walls allow for high-performance surfing at its best. At 4-to-6 feet, the right can get hollow and heavy and competitors will sit deep and look for the longest barrels. Over 6 feet, Haleiwa can handle it, but the waves transform into powerful, punishing walls of water that race down the reef before closing out over the extremely shallow Toilet Bowl section. The shallow slab of reef is responsible for critical and dangerous end-of-wave maneuvers, as well as the occasional broken board.

Local Knowledge
Best on a west swell, knowledge of the lineup is key at Haleiwa. As the surf increases in size, a strong rip develops across the lineup and can pull surfers out of position and right into the impact zone of an oncoming set. Most often, the winner at Haleiwa is the surfer who can handle themselves in a variety of conditions and have the stamina to continually fight the rip, heat after heat. Find the full list of past winners and more about the Reef contest at vanstriplecrownofsurfing dot com, and tune into this site daily to watch LIVE, November 12-23.